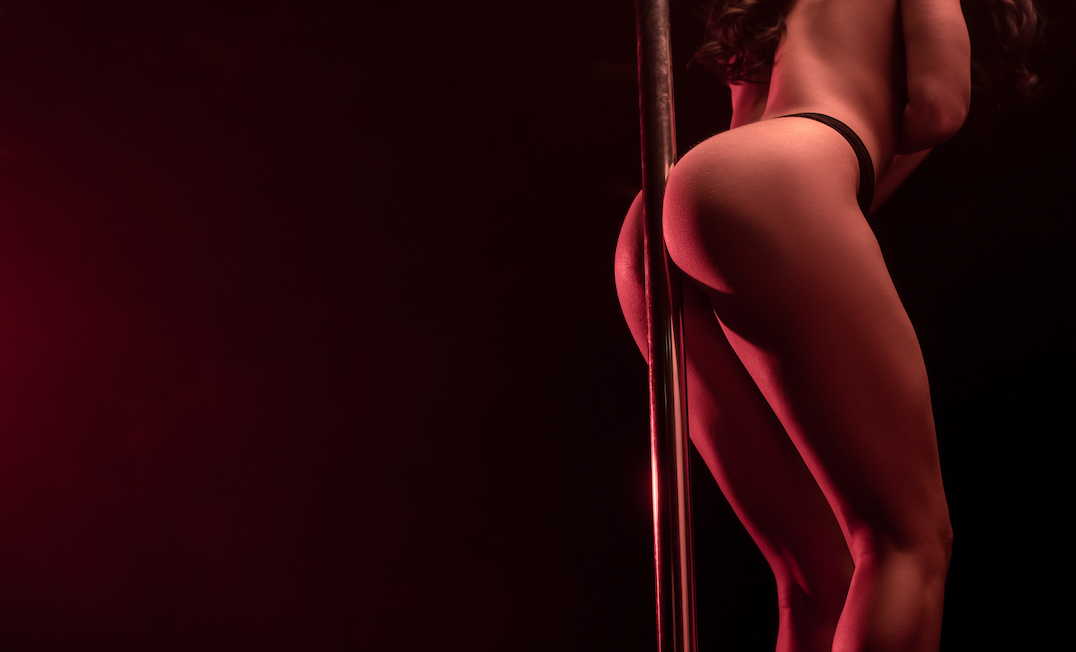 Typically, the “war on women” catchphrase broadly calls to mind conservative attacks on reproductive rights. More specifically, “fetal rights” bills, remarks about “legitimate rape” or, you know, Rush Limbaugh saying something profoundly stupid about contraception. Well, the GOP is trying to change all that by reappropriating the phrase to attack Democrats over something else entirely: sex work. All in the name of protecting women!

Exhibit A: Last week, the GOP released an attack ad against Charlie Crist, Democratic challenger of Republican Gov. Rick Scott, for taking “$90,000 in contributions from strip club owners.” The video’s title? “Charlie’s War on Women.” Over the shadowy, solemn face of an attractive young woman, the ad displays text explaining that one of these strip club owners’ establishments was investigated five years ago “for drug dealing and illegal prostitution.” (Minor detail: There were zero convictions. Also note that “illegal prostitution” is critically different from “sex trafficking.”)

Then, in trying to strengthen the equation of strip club equals sex trafficking, the spot then includes the following out-of-context quote from a Homeland Security officer: “Strippers and club operators are our target audience.” (The actual context: In targeting sex trafficking, investigators often speak with people within the sex industry for leads.) Ipso facto Charlie Crist is funded by sex traffickers!

A statement from three human trafficking activists promoted by Scott’s team read, “He has taken $90,000 from strip clubs to fund his campaign, but the problem isn’t the money. It is what it represents,” they said. “Strip clubs devalue women and are often a place of prostitution, drug use and even human trafficking. Ending human trafficking in Florida won’t just happen because of stricter laws. It will happen when we have a cultural change that has zero-tolerance for any mistreatment, abuse or demeaning of women.” Florida Republican Party chairman Leslie Dougher added, “Charlie Crist tried to hide his dirty strip club cash,” he said. “If Charlie Crist had any shred of decency left, he would immediately return the dirty strip club cash.” Did you catch that? Dirty strip club cash.

There is zero proof that the strip clubs linked to these campaign contributions engaged in sex trafficking. The issue, instead, is that they are strip clubs, that it is sex work. Hidden underneath the use of that heart-strings-pulling phrase “sex trafficking” — a phrase often used to completely shut down conversations about voluntary sex work — is the fundamental belief that strip clubs are, and sex work in general is, irredeemably sexist and bad. Never mind that Republicans are no strangers to strip clubs.

Increasingly, this is the new favored comeback to accusations of a Republican war on women. As the Huffington Post’s Samantha Lachman pointed out, when Democratic National Committee chairwoman Debbie Wasserman Schultz criticized on CNN the GOP’s extreme stance on reproductive rights, Republican National Committee chairman Reince Priebus brought up the Crist situation, to which Wasserman muttered, “Oh my gosh, this is unbelievable.” Agreed!

That brings me to Exhibit B: In Kansas, Republican Gov. Sam Brownback’s team is attacking Democratic challenger Paul Davis for having visited a strip club as a young single man. We only know about this visit because he happened to be in a strip club, alone in a room with a G-string-clad dancer, during a methamphetamine raid. Why was he there? Davis was an attorney for the owner of the club. In explaining the incident, he said, “When I was 26 years old, I was taken to a club by my boss — the club owner was one of our legal clients,” he said. “While we were in the building, the police showed up. I was never accused of having done anything wrong, but rather I was in the wrong place at the wrong time.” It’s unclear how, exactly, this tawdry tidbit is relevant to the current race. As Simon Maloy wrote in Salon:

Reading this story, it seemed to me to be fairly silly and in every possible way disconnected from the current race for governor, save for the fact that it involved Paul Davis. But that’s not what the Kansas Republican Party thinks. “Now the question becomes, as an individual, is he fit to govern?” asked Kansas GOP executive director Clayton Barker. It’s an intriguing question, as it forces us to consider whether a man’s career in public service to date is overmatched by the fact that he was in the presence of semi-nude woman 16 years ago.

Then there is the Senate SAVE Act, sponsored by Republican Mark Kirk and Democrat Dianne Feinstein, introduced this summer following the passage of a similar House bill. (Granted, this particular bill is bipartisan, but it has to be seen in the larger context of countless other Republican-backed bills ostensibly meant to prevent sex trafficking.) It holds online publishers responsible for hosting adult ads that turn out to promote child trafficking. Sounds great in theory, but as Emma Llanso at the Center for Democracy & Technology points out, “this potential for criminal liability would serve as a strong incentive for content platforms to simply take down any adult-themed content that they are notified of – better to censor with a broad brush than risk 10 years in prison.” Which sounds a whole lot like censorship.

Llanso also suggests that “an adult performer who uses a social media platform like Twitter or Tumblr to engage in self-promotion is likely to upload content that falls under the bill’s definition of ‘adult advertisement,'” and thus adult performers may be discouraged from existing online, period. The bill is sold as a means of preventing child trafficking but has the ultimate effect of curtailing the freedom of expression of those doing sex work, legal and otherwise.

This is another beautiful illustration of what women’s rights mean to the GOP. It isn’t supplying women with real, empowered choice — it is making decisions for them. That is true whether a woman is doing sex work or dealing with an unplanned pregnancy. As a sex-positive activist put it to me, the GOP is using sex work as a wedge issue. “It’s sort of brilliant, really,” he said. “It not only plays into the infantilism of women, and their need for strong male protectors, it reengages an old alliance — the anti-sex left and the Christian right — which had so much success in the ’70s and ’80s around pornography.”

END_OF_DOCUMENT_TOKEN_TO_BE_REPLACED

Ohio Man Arrested on Burglary Charges After A...